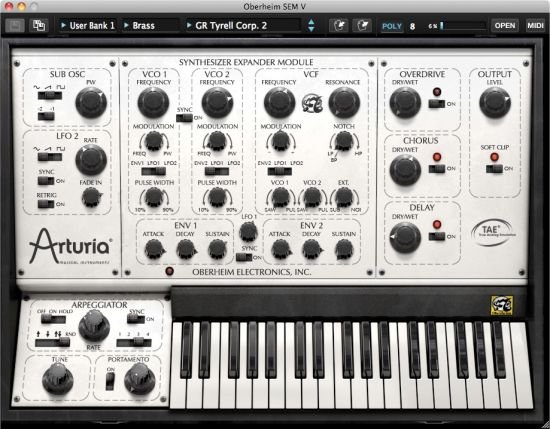 A giant has come back to life. Oberheim's legendary SEM - Synthesizer Expander Module - is back for the first time as a high-end software emulation powered by Arturia's exclusive TAE® technology.
The SEM module was originally made to compliment other synthesizers but later came into its own as a great sounding synth. The unique filter that allowed continuously variable operation from low pass to high pass gave it a sound that no other had. When multiple SEM's were connected into a 4 or 8 voice polyphonic system, it became a thing of beauty.

Whats New :
Updates: official site does not provide any info about changes in this version.